The weather down here in Florida started to make a turn to more more reasonable levels where camping could be somewhat pleasant. So, Julie and I decided to get away for the weekend and head to the woods. We choose a place we camped at about 30 years ago and recently started going back to when we purchased our camper in 2011. Ocean Pond Campground in located in the Osceola National Forest just east of Lake City Florida. 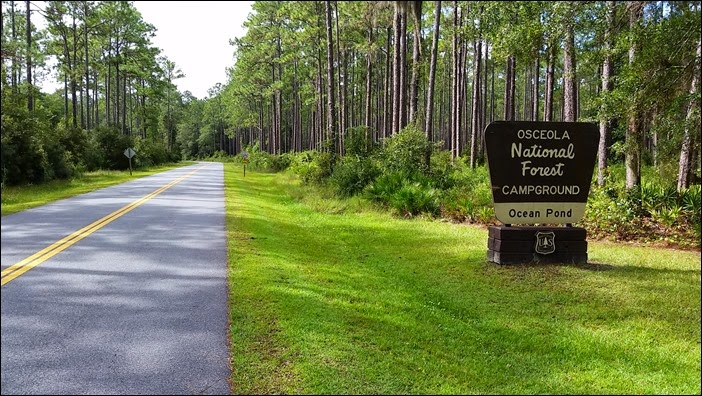 We left after work on Friday and drove the hour and a half north to the campground. Ocean Pond doesn’t take reservations, but there’s always some sites available. The only problem is only a third of the sites have electricity and we were hoping to snag one of those sites and preferably one of the lake front sites.

This area has had a very rainy summer and the lake level was way up from the last time we were here. So, there was a handful of electric sites available when we got there, but they were all a little soggy. But we eventually picked site 17 and got set up. It was a little wet and muddy, but we made due! 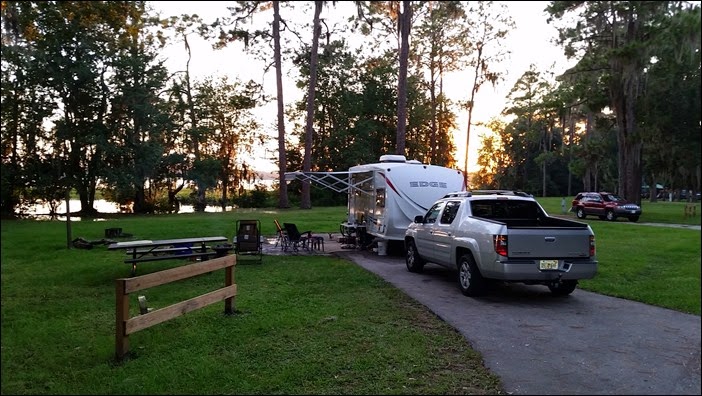 As you can see from the picture above, the sites at this campground are huge when compared to other campgrounds we’ve stayed at. Just about all the sites are this way. Except for the primitive (tent) loop, all are paved and very level. We only wish that they had more sites with electricity.

There’s a nice beach, where we hung out at for awhile on Saturday afternoon. They also have built a day use pavilion since the last time we’ve been here, 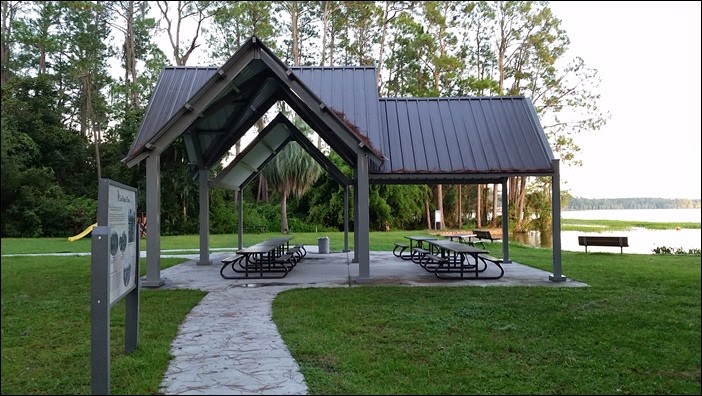 Saturday was overcast and rain moved into the area in the early afternoon. We spent some time inside the camper watching the Gator football game. Around halftime the rain had stopped and it began to clear, so we moved outside and enjoyed the cooling temperatures. Unfortunately, the Gators couldn’t match up with Alabama and got stomped. We decided to turn the game off in the middle of the fourth quarter as it was getting too depressing!!!

One good thing is the skies started to clear and we got to enjoy a nice sunset. 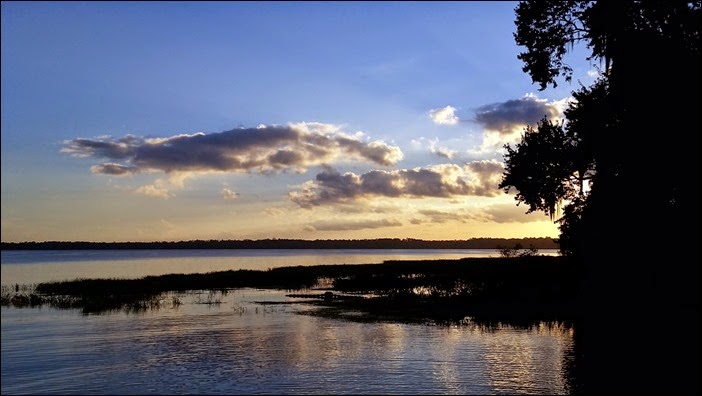 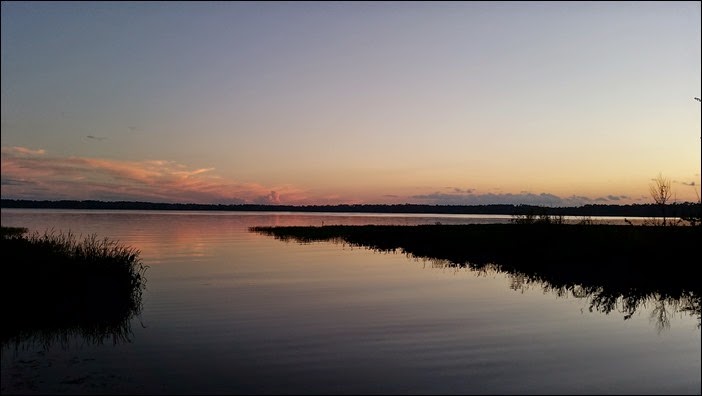 We don’t usually camp with our pooch, but decided to bring her along on this trip. If we are going to do a lot of hiking our kayaking, we don’t like to leave her in the camper (probably barking), so we tend to leave her behind on our camping trips. But this time were were just biking and we can bring her along in the bike basket. She seems to really enjoy the camping experience and the outdoors, but it really wore her out. Here she is, fallen asleep on the step into the camper, 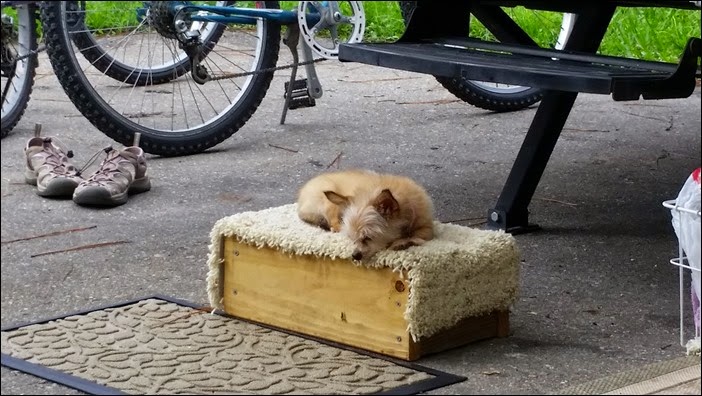 Sunday was heading home day. We woke up to nice 66 degrees weather and decided to do one last bike ride before we packed up and headed south. 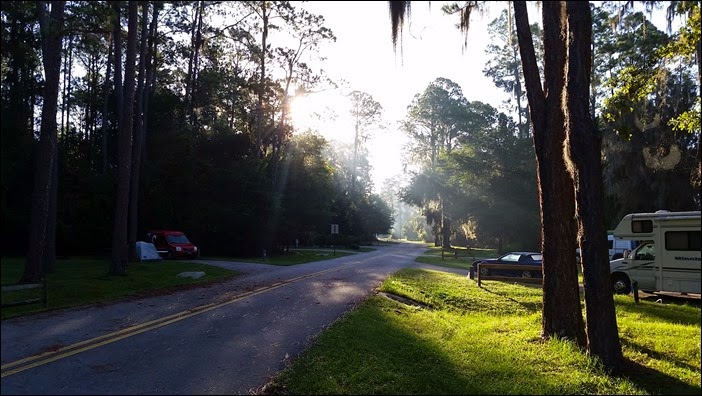 One previous camping trips to Ocean Pond we had brought our kayaks and did some paddling on the nice lake next to the campground. But this time around, we wanted to keep things simple and decided to just bring our bikes and leave the kayaks at home. Both Saturday and Sunday we did bike rides on the country roads (paved) and some back limerock roads. It’s a nice area for riding as there’s just about no traffic and you can ride in the roads without worrying about traffic. Below are the gps tracks of our rides on Saturday and Sunday morning.