Today’s outdoor adventure was a trip to Watermelon Pond which is a wildlife management area about 15 miles west of our house. So, it was a relatively short ride to get to the trail head and begin our hike. This property is about 4,000+ acres that was purchased by the state of Florida back in 2007 and incorporated into the Goethe State Forest, 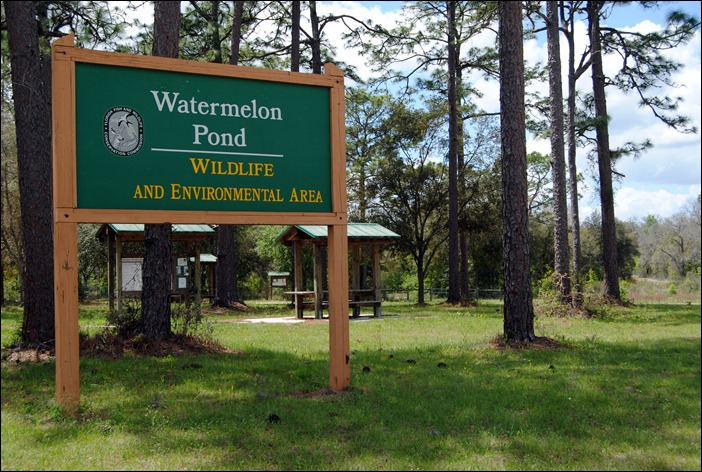 This hike follows the banks of former ponds and lakes that dot the area. Many are now dried up or have very little water with the lowering of the water levels in the area. The series of trails also travel through some of the oak hammocks in the area and we appreciated the shade on this warm day. The picture below shows some of the picnic shelters that we built along the trail. We also found some old building materials and wondered if this was part of the ranch that used to be located on this land before it became part of the state forest. 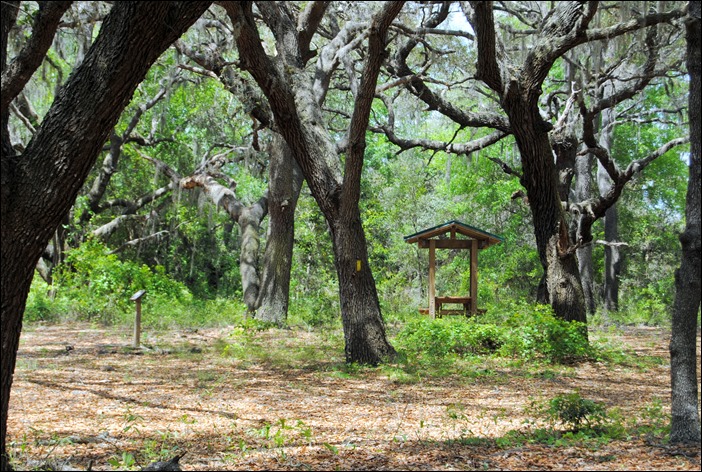 There are several trails that wind their way around this large wildlife area and they are all well marked with signs and blazes on the trees. But the path are not well worn, so it looks like this area does not get a lot of activity. We never saw another person all day long and we had this entire area to ourselves. 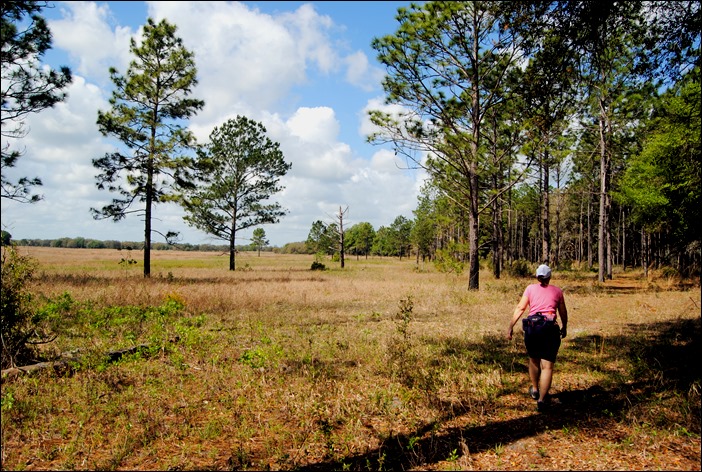 Below is a panoramic view of one of the vast open areas we hiked through today. In years past this would have been a shallow pond or lake, but now pretty much dried up, except for a few small areas here and there.

This area with its’ oak hammocks, wide open areas and scattered wetlands kind of reminds us of Hopkins Prairie and Farles Prairie down in the Ocala National Forest. Many years ago we used to do a lot of camping in the Ocala forest and used to canoe in these shallow ponds and lakes among the prairies. 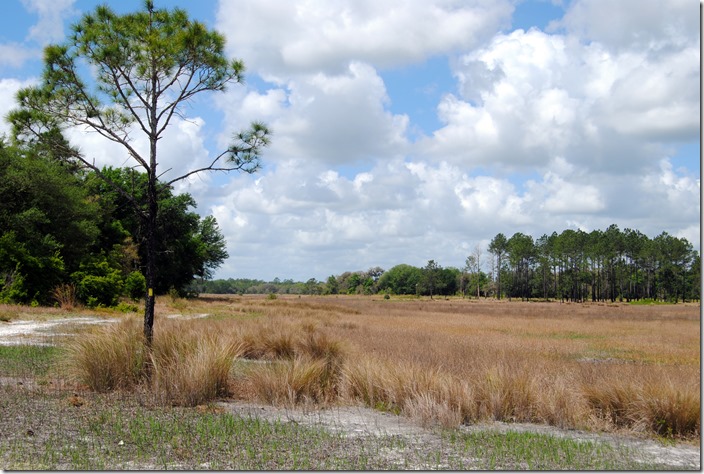 It was a warm day and we didn’t see any wildlife (except one lone turkey) and very little bird activity. But we did see many deer, raccoon, turkey and other tracks in the sandy trails. The picture below is of a fairly fresh track from what we think was a passing coyote. From the size of the print it appears that it was a good sized one. 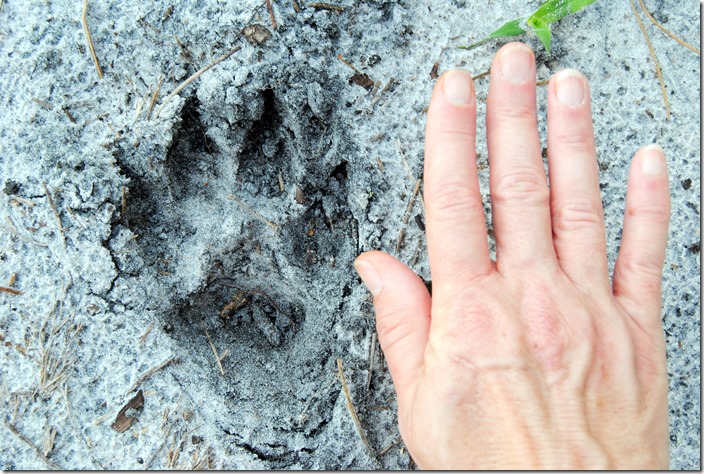 After our 6+ mile hike we drove down to the south trailhead into the park. Here there was a boat ramp which leads to Watermelon pond and there were a good number of trucks with boat trailers parked. We ate lunch here and then walked out towards the “lake” to see if this would be a possible kayaking area for another weekend trip. The boat ramp leads to a short canal but we found that there was a long section of land between the canal and the more open water of Watermelon pond. All the “boats” using this area were airboats and were able to travel from the canal, over the 100+ yards of dry land and then back into the water. We don’t like to kayak in areas with airboats since they are so loud and obnoxious. So, if we do attempt to kayak in Watermelon pond, we’ll probably do it on some weekday and hope that the airboats stay away!

Here’s the GPS track from the hike we did on this day.