Julie and I decided that we need to start doing more weekend getaways. With work and all the other activities, time flies and before we know it it’s been months since we’ve done anything out of the ordinary. Being summer in Florida, it’s way too hot for any camping trips, although we do have a week of reservations in the keys for next month at Curry Hammock State Park.  We are really looking forward to getting down there and doing some camping, exploring and kayaking

So, we made a deal. We would take turns planning short getaways and the one doing the planning would get to make all the choices of location and activities and the other would have to just go along (no complaining!!). Also, you don’t have to share any details of the getaway beforehand.

Both of us took Friday off from work and we headed out in the early morning. I had the idea that we were headed to the Sarasota Beach area for the weekend, but that was not the case. Julie decided that we needed a “walk down memory lane”. Julie grew up in Clearwater and I spent my high school years in Dunedin which was a town just north and we met and started dating when we worked at a steak restaurant in Dunedin called Chief Charley’s.

Taking US-19 south, we checked out many areas of interest to us, like the church where we got married, the place where we had our wedding reception as well as the areas where both of our parents lived for many years. In the case of my parents, there were quit a few!!

We eventually made it to the place Julie reserved for us to spend the weekend, called Beso Del Sol. This was a nice “resort” on the intercostal in Dunedin. Below is a picture taken from our balcony showing the pool deck and the boat docks leading out to the water. Way off in the distance is Caladesi Island which is now a Florida State park. The next day we would be doing some kayaking in that area. 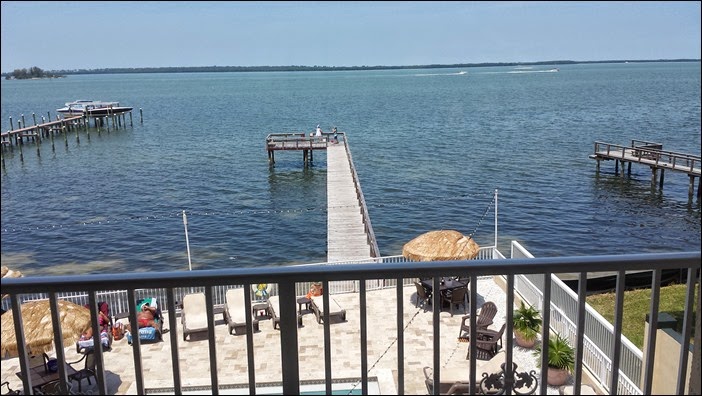 And another shot from a park just south of our location during the sunset. 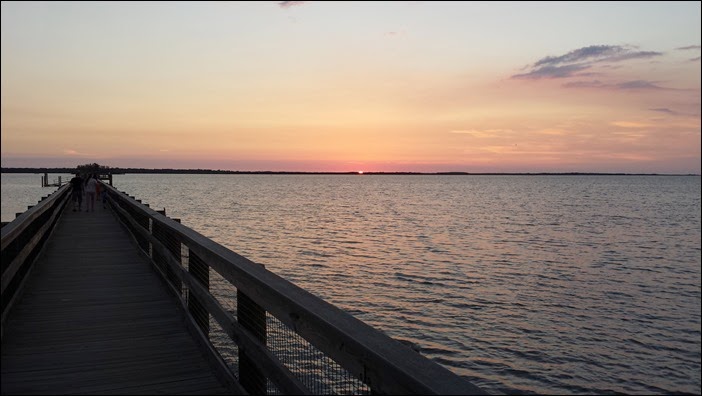 On Saturday morning morning we got going fairly early to get some breakfast and then headed to the causeway leading out to Honeymoon Island where we would rent a double kayak for four hours to do some exploring. The Caladesi Island State Park is a short 6/10’s of a mile paddle from the causeway. It was a fairly easy trip over, but being extreme low tide, some of the areas were very shallow around the island. 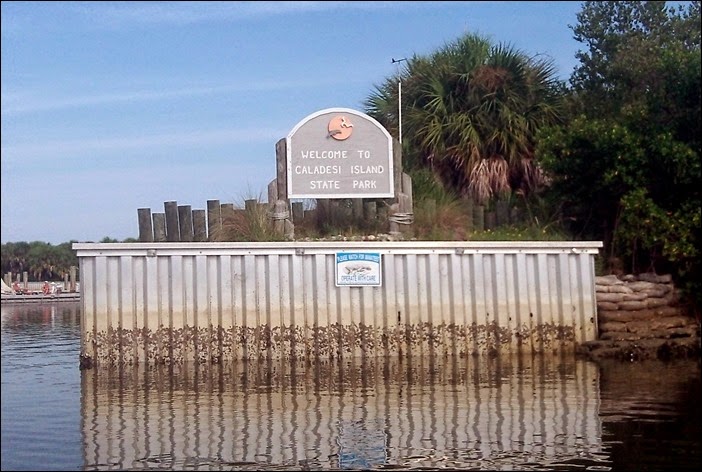 Caladesi Island has a kayak trail which winds through the mangroves surrounding the east side of the island. As you can see below, this was like paddling through a mangrove tunnel. It did get very narrow in parts and we had some people ahead of us there were going verrrrrry slow. But we eventually made it back to open water. We were thinking that we had done the whole trail, but later finding a map on-line we realized that we only did a short section of the trail. I guess we’ll have to make another trip here to do the entire length of the trail. 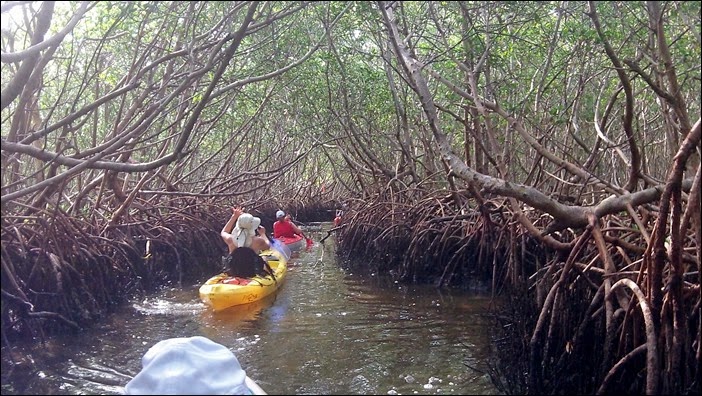 We then started heading back north towards where we started. On the north side of the island there are some nice sand beaches. We got out here and walked around some to stretch our legs. We were getting a little stiff after sitting in the kayak for 2 to 3 hours. 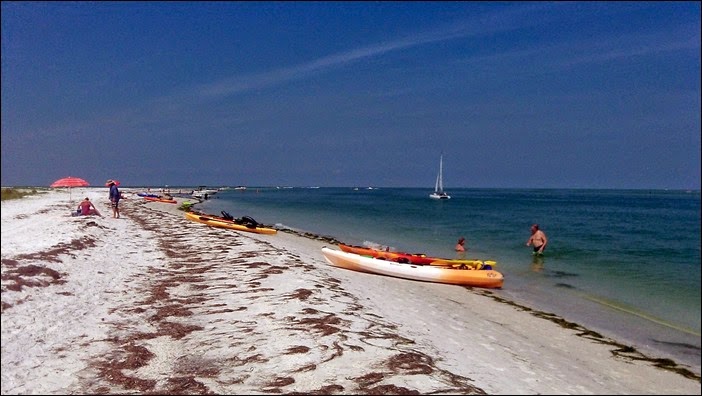 A lot of boaters park there boats in the shallow areas and enjoy the sandy beaches. 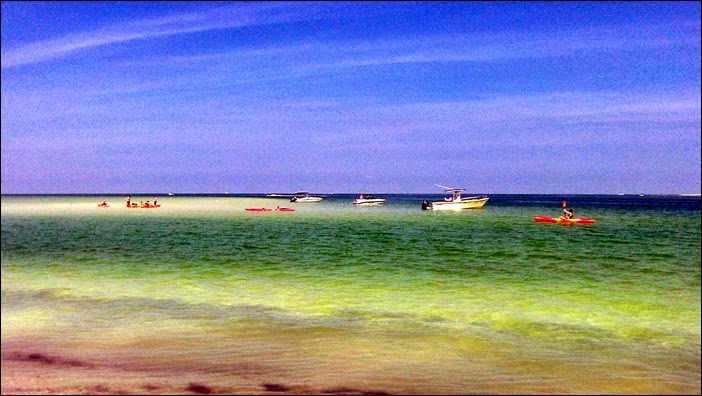 Here’s the GPS track of where we paddled.

Later that evening we met up with a friend and his wife whom we hadn’t seen in 32+ years. Julie and I both worked with him at the Chief Charley’s restaurant I had mentioned earlier.  The last time we had seen him was at our wedding. I had found his business e-mail on-line and sent him a message. He got back to us and we made plans for a dinner in downtown Dunedin.

When I was in high school, downtown Dunedin was your typical downtown area which had seen better days. Much of the businesses had moved to the malls, leaving empty storefronts. Well Dunedin has done a great job of revitalizing its downtown area and there is now a great combination of restaurants and other businesses to lure you down that way. We met our long lost friend and his wife at one of theses restaurants and had a great time catching up after all these years. It was kind of interesting to find out that we had a lot in common in our interests, such as camping, our kids sports, etc.

The next night we walked the half mile to the Dunedin Brewery which is the oldest microbrewery in Florida. We had a flight of beer to get a good idea of what they had to offer and then made our selection from the good list of brews. They also serve food, so we ordered some appetizers as well as some fish tacos. All were great, but the highlight was their chicken wings. They were awesome and went well with the flavorful beer that we ordered. 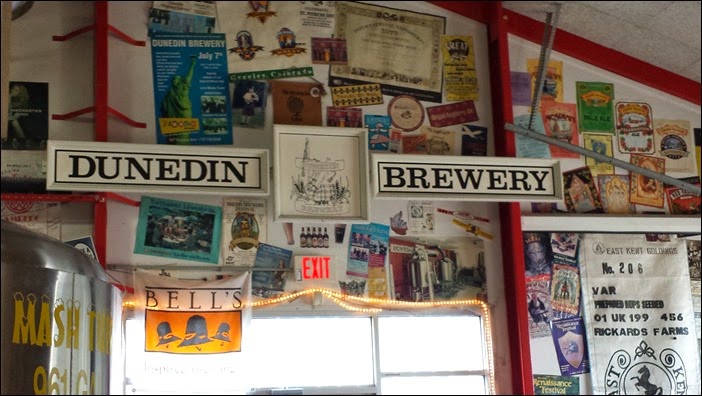 Sunday morning was check out day, but we wanted to do one last activity before we headed back home and back to “reality”. Pinellas County has a well developed collection of bike trails following many of the old railway tracks that had long been abandoned. The place that we stayed offered free bikes for use, so we took a bike ride on the trail south to downtown Clearwater and then back north along the roads that follow the intercostal waterway.  The Pinellas Trail is very popular and there were many biking, walking and jogging along the way.

Here’s out GPS trail of our bike ride throughout the Dunedin and Clearwater areas.

Posted by Julie and Tom at 7:57 PM No comments: