Julie and I decided to do something outdoors today since the weather has been so nice. She had a brochure covering the Suwannee River area and noticed a bike ride on the Dixie Mainline trail which is in the Lower Suwannee National Wildlife Refuge. So, we decided to load up our bikes and take the 45 minute drive to check it out. Along with the bike ride we are also on the lookout for potential kayaking areas and campgrounds.

The Dixie Mainline was constructed in the 1920's as a tram road (narrow gauge railroad) to transport timber out of the swamps and forests. After logging ended around 1940, the road was not maintained until the 1960's, when another timber company refurbished the road and wooden bridges. These bridges later deteriorated and the road again became impassable. The U.S. Fish and Wildlife Service purchased the land in 1979 to establish Lower Suwannee National Wildlife Refuge. In 1998 the bridges were replaced and the road was opened to the public.

The road/trail is a one lane dirt road, but it is hard packed and very easy to ride. There’s no loose sand areas to worry about. It is open to car traffic, but we probably only had about 10 cars and truck pass us the entire ride and everyone was very courteous, with some pulling over as we passed or at least slowed down,

We started from the south end of the trail with begins at County Road 349 just north of Suwannee, Florida. We had our doubts about this ride when we got on the trail as the first several miles are not very scenic and the road is bordered by a high fence surrounding land which is not part of the preserve. But then the road enters a wetland, swampy area and the the views improve. We drove past the area that was fenced and found a parking area where we unloaded the bikes and began our ride. The trail crosses several bridges where the tidal creeks make their way to the Gulf of Mexico.

After about 4 miles on the Dixie Trail crosses County Road 357 and we took this road to check out a park and campground at Shired Island. This campground is at a county park maintained by Dixie county. The campground is in a beautiful location overlooking the gulf, but probably one that we won’t camp it. The campground was kind of a random selection or parking areas and looks like some long term tenants. Not the kind of place that we like to visit.

The first place we stopped at was an overlook at the Salt Creek. It was a nice quiet area,  but the no-see-ums were swarming. This is something that we noticed during the day whenever we got near  the tidal marshes. 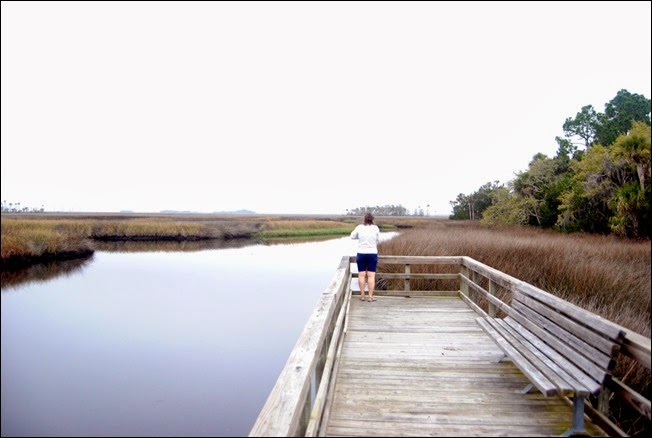 There are several canoe trails mentioned in the brochure of the Suwannee Wildlife Refuge. Here is one that we found as we crossed one of the many bridges on the Dixie Trail. We’re thinking that we may come back here sometime in the future and do some paddling. 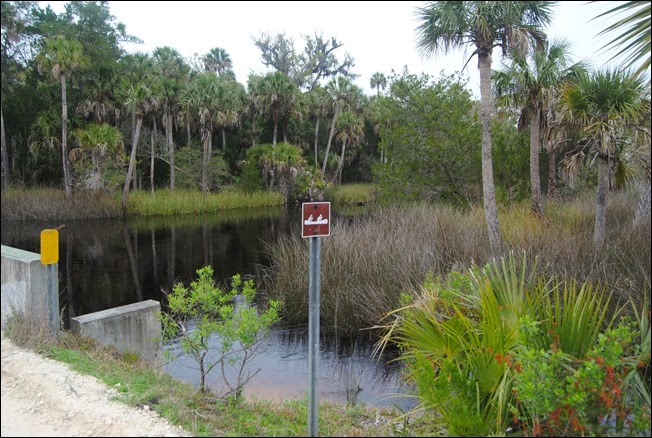 During today’s ride we passed a lot of tidal areas. This one was another kayaking trail starting point. 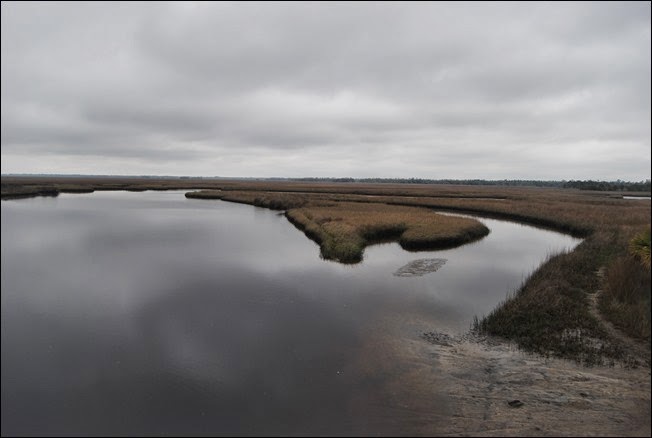 This is what the Dixie Mainline trail looked like for most of the ride. It’s a one lane road with very few hills, so the pedaling was easy!!! 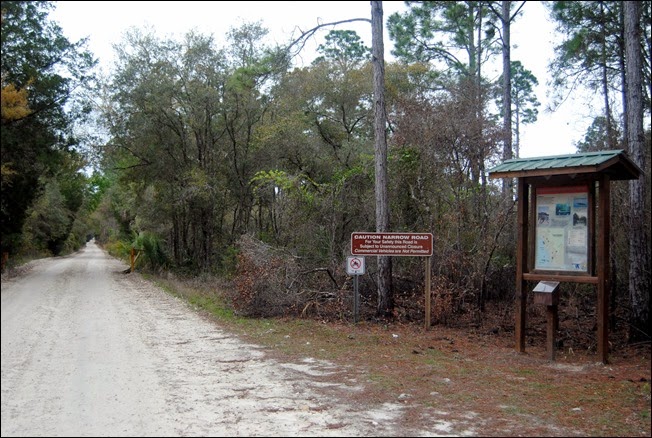 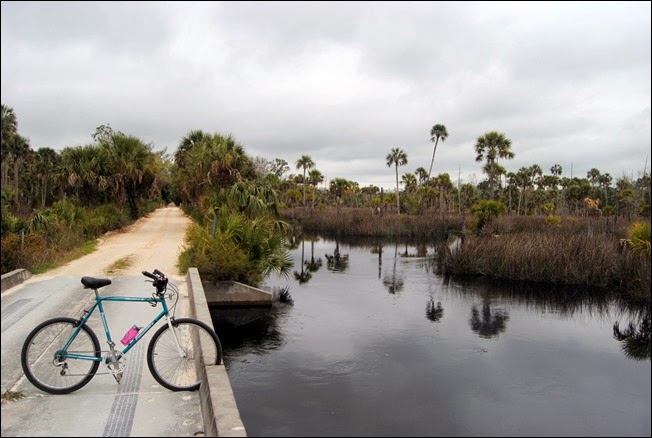 it took us awhile to notice this little gator hanging out near the water. With so much water around I’m surprised we didn’t see more. But we did see plenty of birds and an otter ran across the road in front of our truck as we were leaving the area. 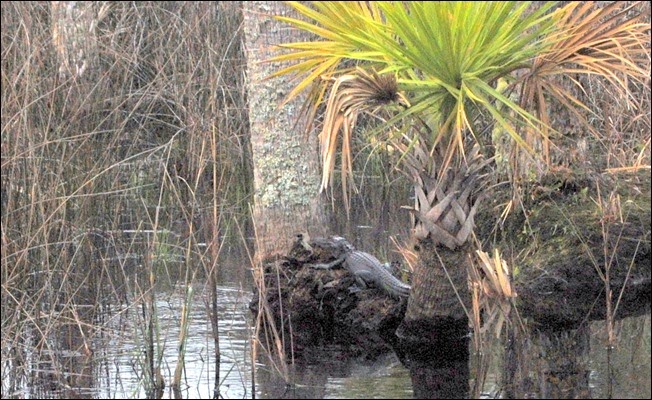 We road for a total of about 22 miles today, but my GPS batteries died early on in the trip. But here’s the track showing the early part of our ride.

It had been a few months since Julie and I have had a chance to do any camping. Luckily we had made reservations a few months ago for Kissimmee Prairie Preserve State Park which us just north of Lake Okeechobee is south Florida. We were not quite sure about this park as it was very much out in the boondocks and has not been a part of the State Park system for very long (about 10 years), but we were excited about my brother and sister-in-law joining us for the weekend camping trip.

We found this in front of the Kissimmee Prairie visitors center. This is a promising sign that this park is special and we’d enjoy our time here. 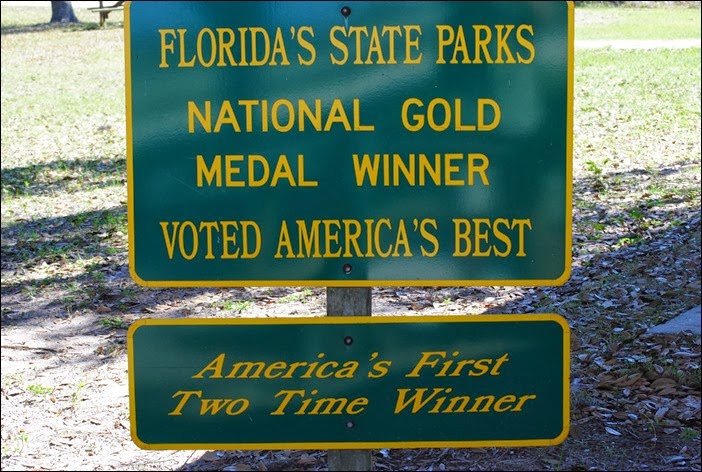 There’s two camping loops, one being the equestrian area just west of the visitors center and the main camping area (with about 20 sites) about a 1/4 mile away.  The sites don’t have a lot of vegetation between them, but they are fairly well spaced. Most are shaded which makes it nice in the heat of the day. Below are a few pictures of our site and the my brother’s next door. It was a great set-up for us and we had plenty of room. 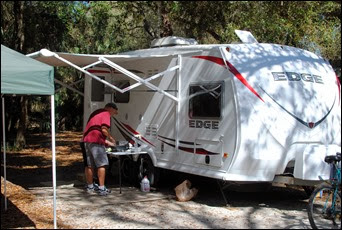 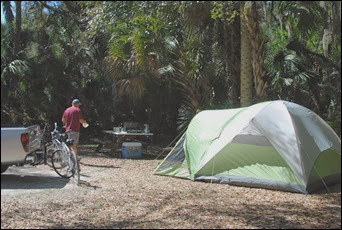 The park is very large with about 54,000 acres and over 100 miles of hiking/biking trails. The first morning we were there we took our bikes and headed west on some of the trails. We (or at least one person in our group!) really wanted to make our way to the Kissimmee River which makes up the west boundary of the park. Most of the trails are very bike friendly, but there are some areas which are sandy and the biking gets difficult. 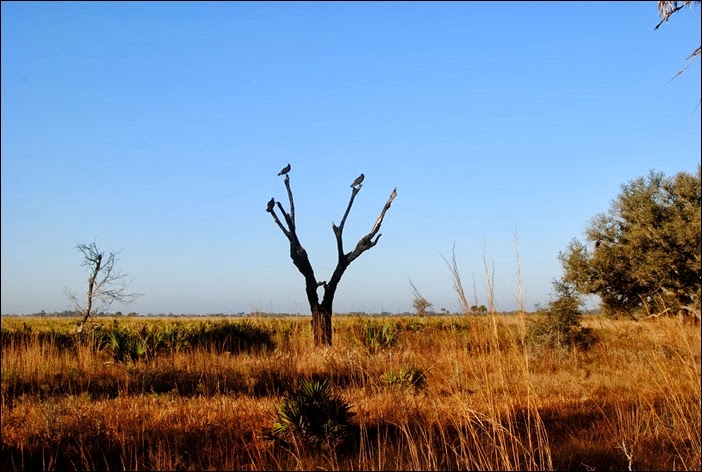 Here’s a good pic of Jim and Jo on our bike ride with the vast expanse of the prairie in the background. 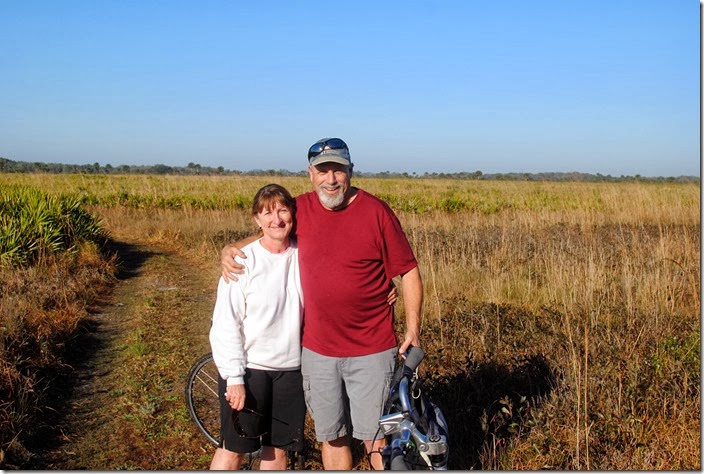 After a few miles of pedaling we got to a part of the trail that was covered with water which forced us to turn around. We through we must be close to the Kissimmee River, but later found out that we were nowhere near where we thought (or hoped) we were. The river was actually a few more miles west and we would never get to see it during this weekends trip. Maybe next time!! 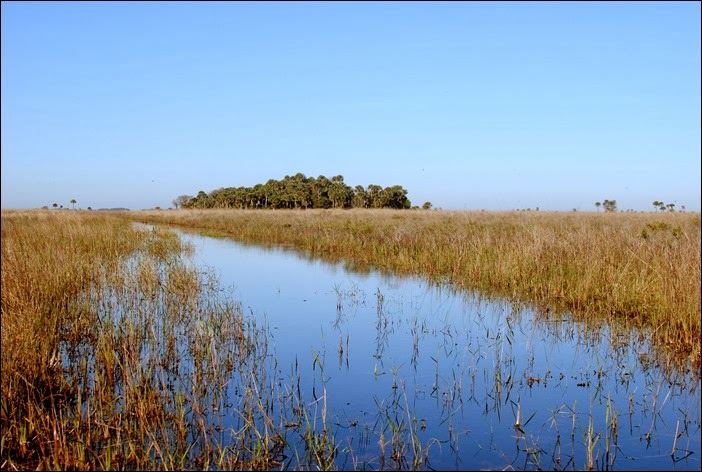 This is our GPS track for the morning bike ride.

On weekends and some holidays the park offers a ranger led Swamp Buggy ride into the prairie which they charge $17 per person. I had called several weeks ago to make reservations for this trip since I thought it would be something fun and interesting to do.

Here’s a picture of the buggy that we would use for this tour. 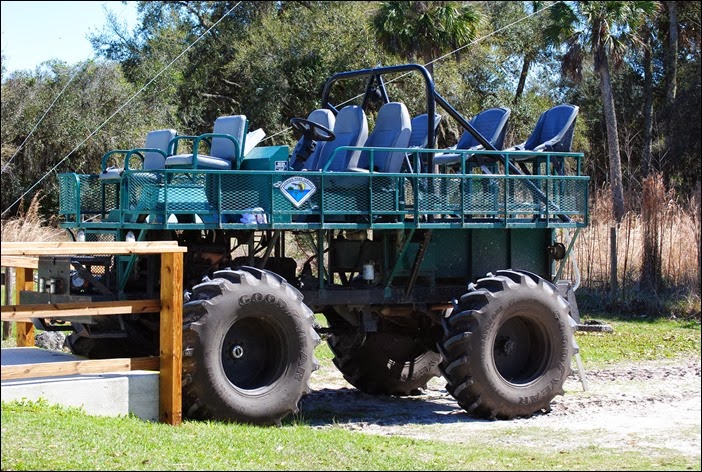 Along with the  ranger (Jenn) we were joined by a couple from Canada and a few of the interns working at the state park. This is a picture of most of us in front of the buggy. 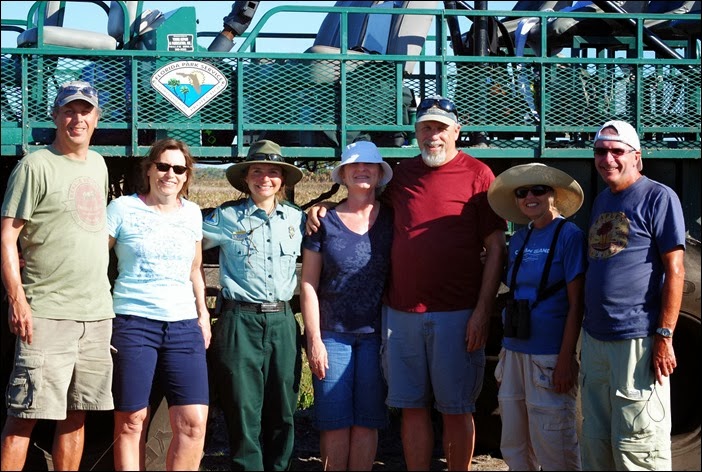 And here is the track that the Swamp Buggy took on this outing.

There was an amazing amount of wildlife viewing available for anyone visiting this park. We saw a wide variety of birds and other critters in just the very short time that we were there. 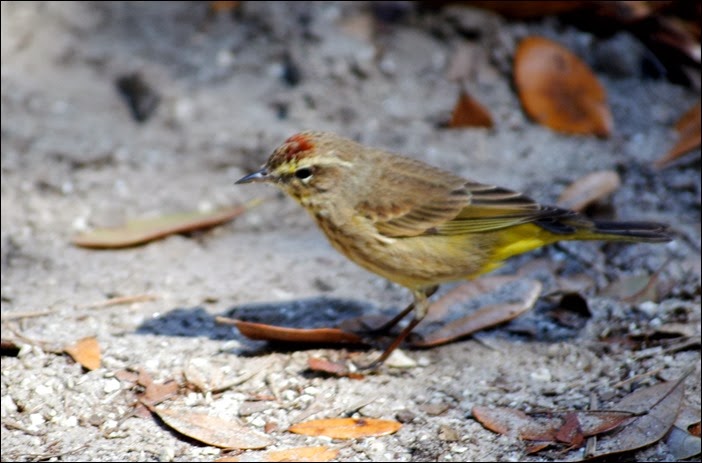 Another interesting thing about this park is that it is a designated dark skies location and is one of the darkest areas within the state of Florida. It’s right in the middle of the state and most of the population resides on the coasts. So, the light pollution is much less than most other parts of the state. For this reason many astronomers enjoy coming here to view and photograph the night sky. We were lucky enough to visit on a weekend were the moon was new and the weather was  cooperating (no clouds) for checking out the stars. The park was also offering an evening astronomy (or astrology…inside joke)program where we had the opportunity to view some stars and planets through some “large” telescopes.  A great experience!! There was also another group that specialized on photographing different objects in the sky. The equipment and expertise that these guys have is amazing. One of the gentlemen there whom we spent some time with is Dave Holko. If you want to see some of his work and be totally blown away, then check out his website. This looks like a fun hobby, but probably one that is way too expensive for most of us to get into.

I did get out late on Saturday night and attempted to get a few pictures with my Nikon DSLR. I would really like to get into night sky photography, but I think I have a long way to go and a lot to learn. I took a bunch of pictures and a few actually came out ok. 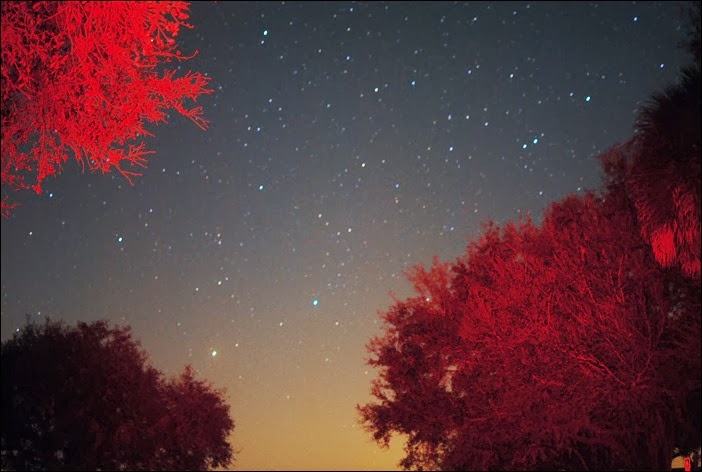 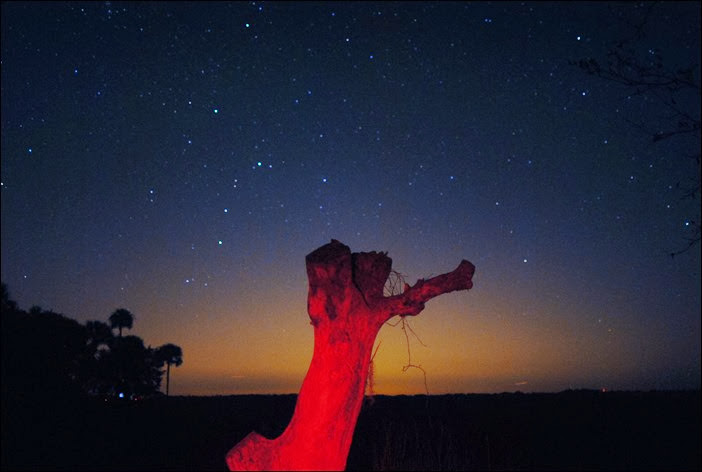 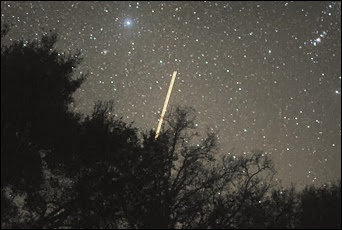 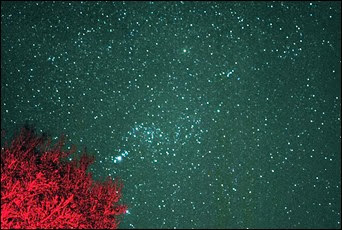 On Sunday before we packed up to head back home, we took one last bike ride heading east and found a few of the hiking trails leading into the prairie. One spot had a small wetland area where we found some gators warming in the sun. Most splashed back into the water as we got near, but this guy didn’t want to get off the warm culvert and just kept a watchful eye on us as we observed and photographed him and the other gators. 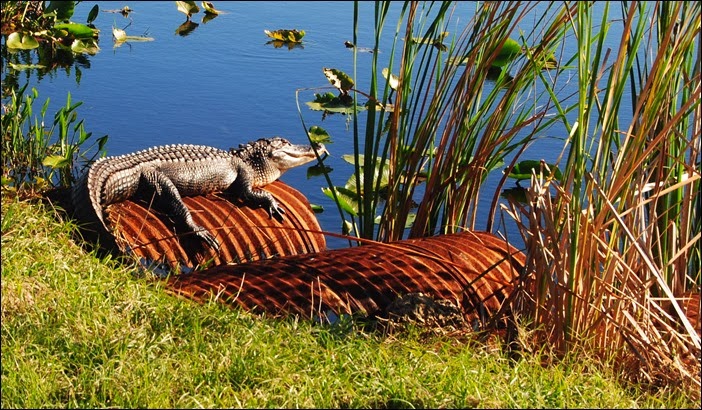 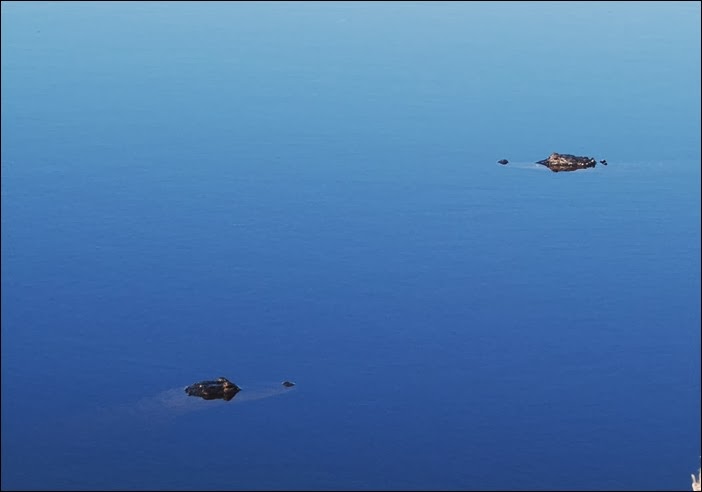 Jen, the park ranger we had met the day before, mentioned that there was a nesting burrowing owl just north of the main road leading into the park. We rode our bikes in this area and we were lucky enough to spot this owl and the hole where he lives. Unfortunately, I didn’t have the correct lens on my camera for getting close up shots, but was able to get a few of this amazing bird. He stayed in one place long enough for me to get a few half way decent photos. 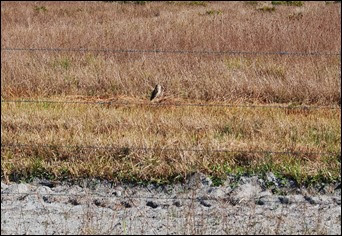 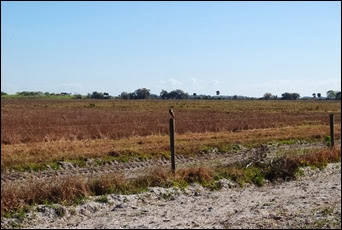 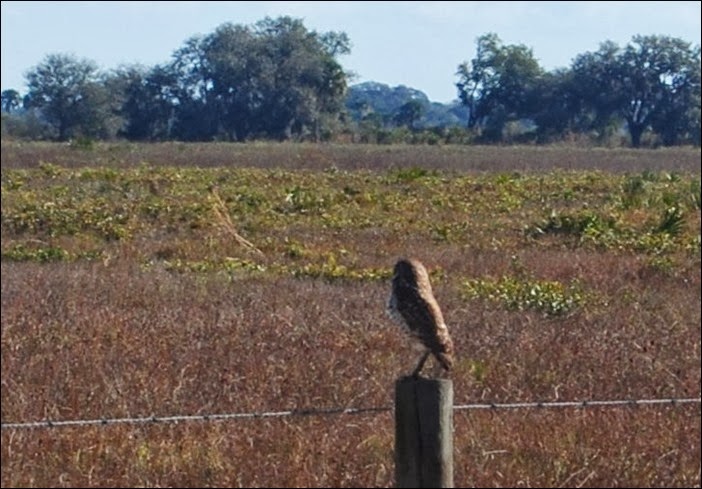 And of course being a prairie, there’s bound to be lots of water. Nearing the end our our ride we came across another section of trail covered. It would have been too long of a ride to retrace our steps, so we all took off our shoes and waded through. Luckily there were no snakes or gators around (or at least not that we saw!). 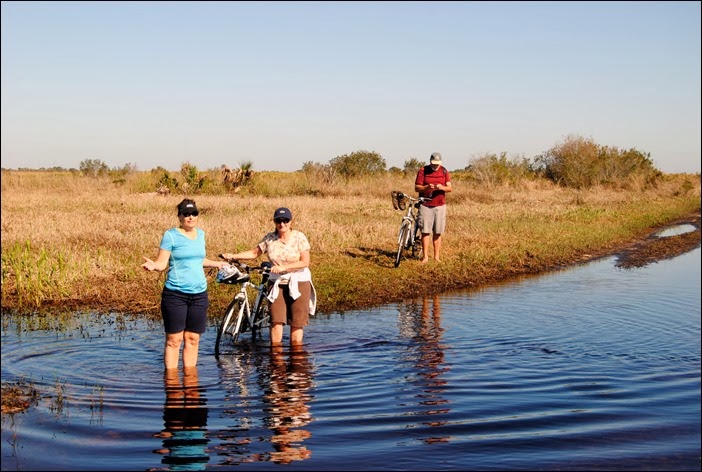 Here’s the GPS track from our Sunday morning ride.


On our way home, about a four hour drive, Julie and I talked about our weekend camping trip and this state park. We both felt that it was one of the best parks that we had been to in the state. I think Julie has ranked this #1 on her list. It’s very remote, quiet and gives you a good taste of what Florida was like many years ago. It’s about the exact opposite of the tourist traps like Disney and others that have taken over much of Florida. I think this is a park that we will want to visit again sometime soon. Just not in the summer as I sure the heat would be brutal.

And a link to all the pictures I took this weekend.