Location: Cedar Key, Fl
GPS Coordinates: 29.132625, -83.051476
Date: 1/28/2012
I wanted to have a father/daughter day with my younger daughter, so we decided to go flying with Marve Franks at the Cedar Key Airport. He sits in his lawn chair next to his plane waiting for customers to arrive. He charges $25 per person or $30 per single. The ride lasts about 20 - 25 minutes and is worth every penny. He gives you a good tour of the Cedar Key area and points out many of the locations of interest during the flight. I would highly recommend taking this ride.
Here is the information I found on-line for Marvin:
From the Cedar Key News Classifieds: Marvin Franks Subject: Airplane Rides Airplane Rides $25 per person. Sat. and Sun. Noon to 4 p.m., weather permitting @ Cedar Key Airport. Other days & times available. Gift certificates available. Call Marve Franks @ 352-477-0105.
My daughter in front of some of the planes as we wait for Marvin to return from taking another couple on a flight 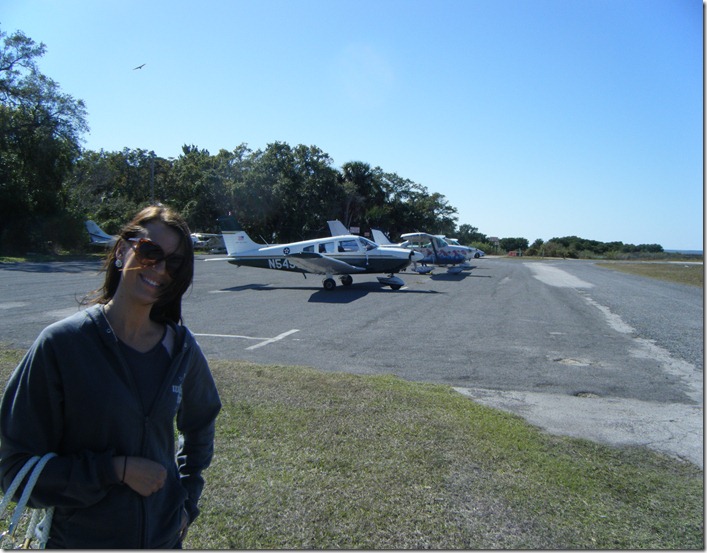 Marvin’s plane as he comes in for a landing 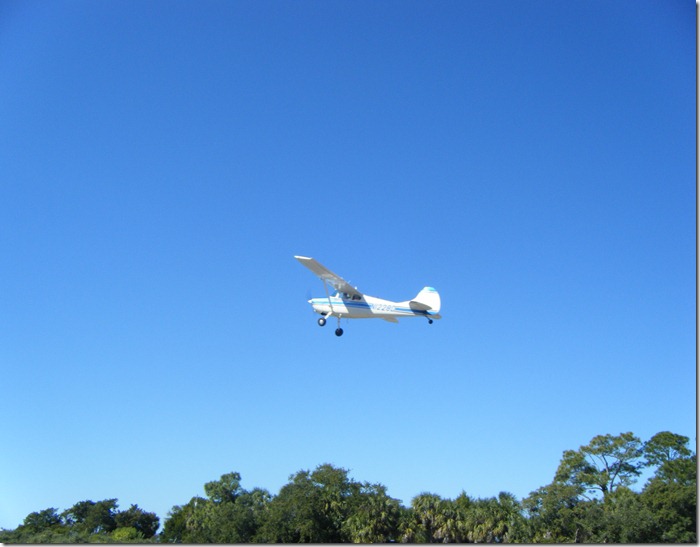 Looks like we are having a good time. This is the first flight on a small plane for both my daughter and myself 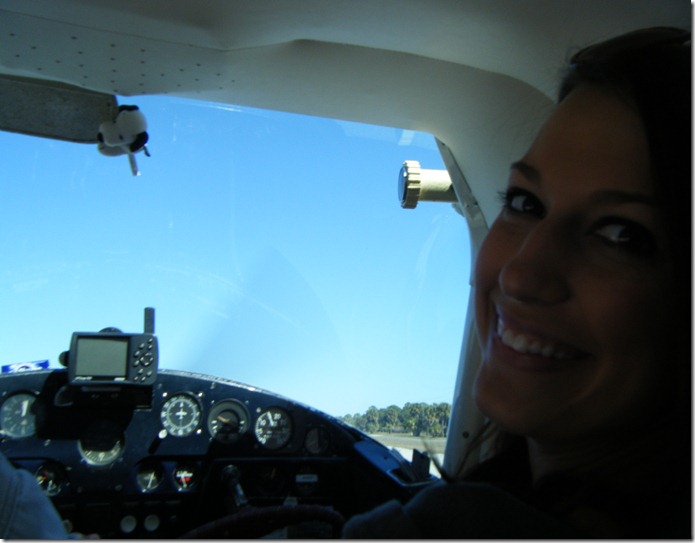 Cedar Key and the surrounding islands as seen from the air 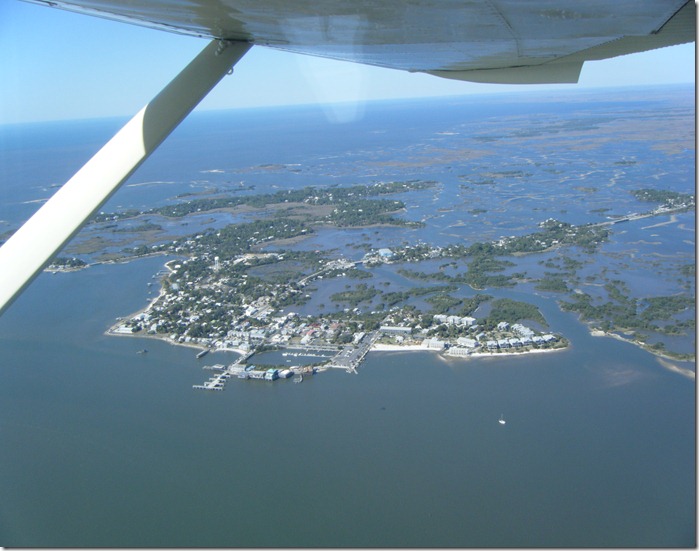 Snoopy was the co-pilot 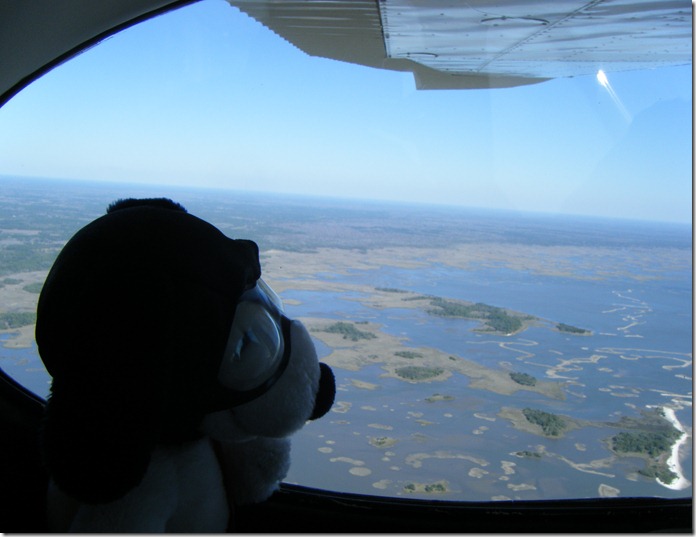 We put in at the City Park in Crystal River for a short paddle to see the manatees at Three Sisters Springs. This city park is on the Hunter Spring Run that flows into Kings Bay. We were hoping that there would be no crowds at Three Sisters springs since it was relatively early on a Sunday morning, but no such luck. The place was packed with dive boats, pontoon boats and other water craft. It was almost a circus atmosphere. We did get to see many manatees which was nice and the paddle into three sisters spring was nice and less crowded. Always fun to see the manatees, but could do without the crowds.

No pictures from this trip, but here is the GPS track:

Again, no pictures, but here is where we paddled:

Posted by Julie and Tom at 7:24 PM No comments:


Date: 1/13/2012 – 1/15/2012
Location: St. Augustine, Fl
GPS Coordinates: 29.668748, -81.251261
Julie’s sister Karen wanted to do a camping trip before she moved out of state and wanted to be somewhat close to the east coast beaches of Florida. Searching the Florida Parks website, Julie found Faver-Dykes which is a small (26 campsite) campground which is about 2.5 miles from the Atlantic beaches. Unfortunately, the weather didn’t cooperate for walking on the beach as it was very cold for Florida. I think the temperature got down in the 20’s the first night. We didn’t mind as we have heat in the camper, but Karen was a little chilly in her tent. But she didn’t complain and made it through with no problems. It did warm up enough the next day that Julie and I could do some kayaking. We put in at the boat dock within the park and paddled up river on the Pelicer Creek. This is a river that winds it’s way through the salt marshes and makes for a very nice paddle. Pelicer Creek is affected by the tides somewhat.This is not a problem for kayaks or canoes, but could make boating with anything larger a challenge.
There’s a series of hiking trails and forest roads that lead off into the “wilderness” from the campground. We did several of these hikes, nothing very difficult, but enjoyable. Also, being winter and clear skies, we enjoyed star gazing one evening. There’s not much light pollution in this area, so the sky was very bright and the stars easy to see. The only improvement would have been for the temperature to not be so darn cold. We didn’t gaze at the stars for very long.
There’s also a lot of geocaches within this park. The first day we put a few coordinates in our GPS and were able to locate them. We hadn’t done any geocaching before, so this was something different to do.
Here’s our review of this campground:
Campground: Faver Dykes
Campground Website: http://www.floridastateparks.org/faverdykes/default.cfm
Site Number: 22
Date visited: 1/13/2012 - 1/15/2012
Rating (1 = low, 5 = high)
Campsite size: 4
Campsite space between sites: 3 (varies by site)
Campsite privacy between sites: 3 (varies by site)
Campsite level: 4 (a few sites are not very level, but most are ok
Campsite parking: dirt
Campfire permitted: yes in fire ring
Campsite picnic table: Wood
Campground Facilities: 3.5
Campground access to hiking: 4
Campground access to water (kayaking, fishing, swimming, etc): 5
Campground access to biking: 2 (dirt roads and many sandy spots)
Overall Campground rating: 3.5

Hiking Trail through the pine forest 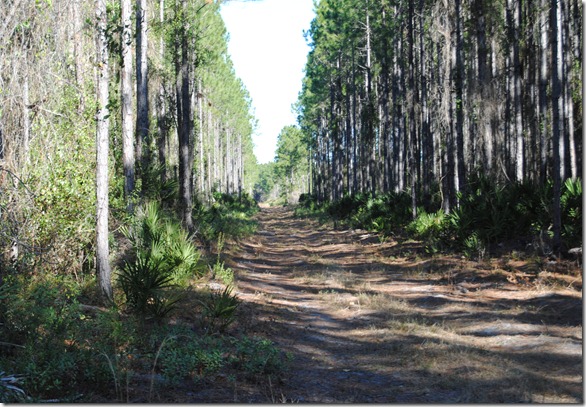 Boat dock within the park 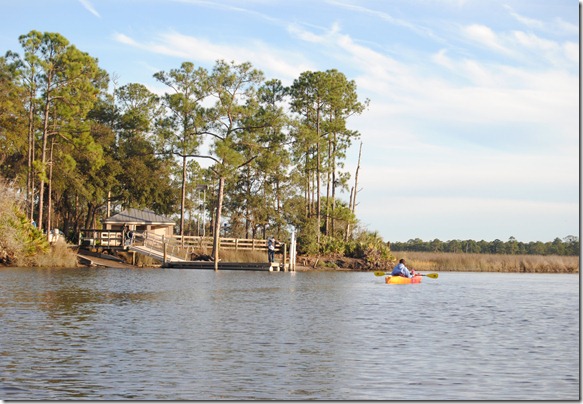 Fishing pier near the boat dock 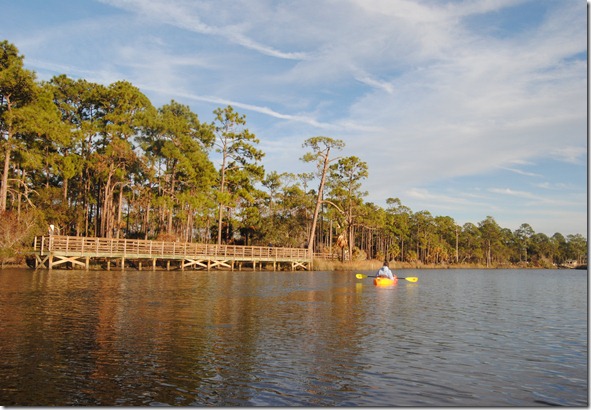 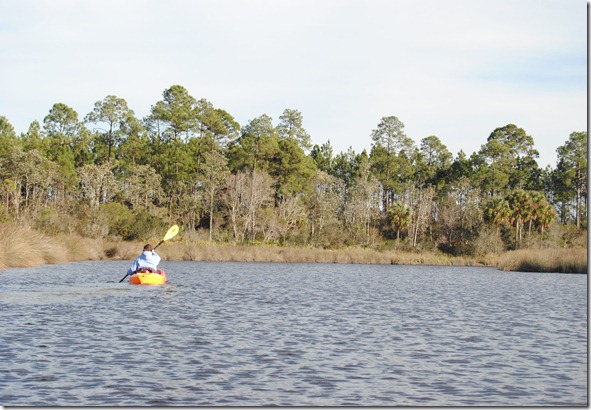 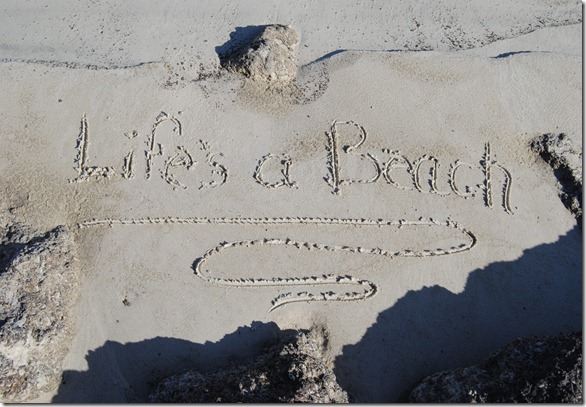 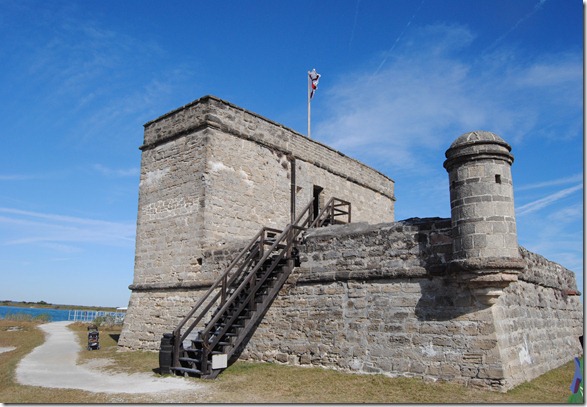 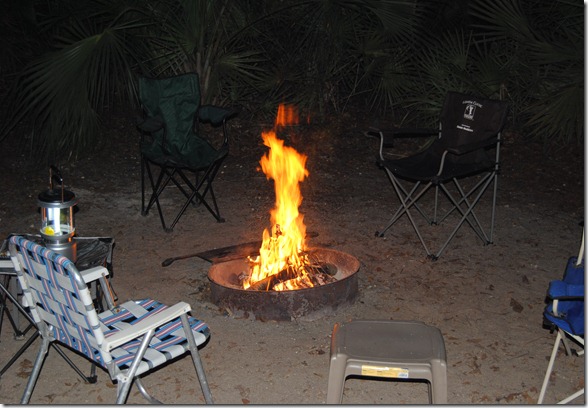 One of the hiking trails leads to Pelicer Creek and the surrounding salt marshes. 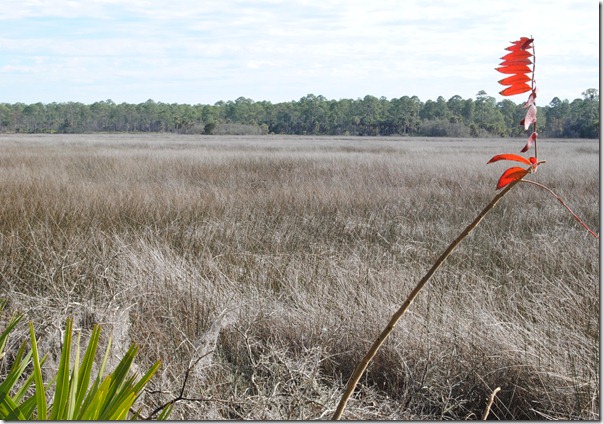 Our campsite, a good size and somewhat private. 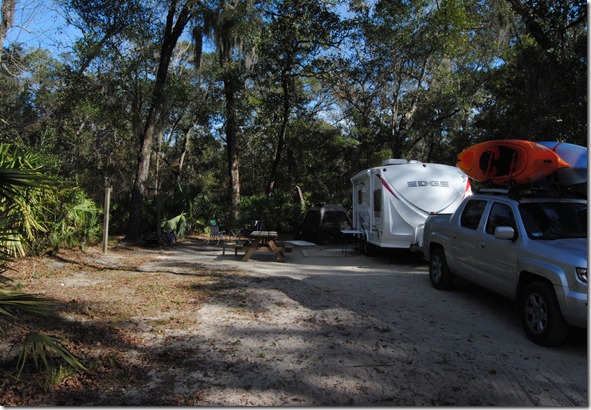 All packed up and ready to roll. 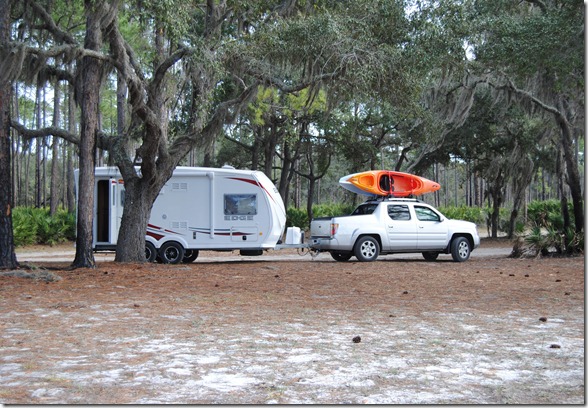