Several months ago we made plans for a trip to Alaska and after enduring the long wait, the time finally arrived! But before we could start the fun part of this trip we had to make the trek from Florida to Anchorage, which was about 12+ hours of plane travel. This included a stop over in Los Angeles which is not one of our favorite cities. But we survived and made it to our hotel in Anchorage where we would spend the night before boarding the Alaska Railroad train for our next stop of Seward and Resurrection Bay.

It funny, whenever we would mention to someone that we were making a trip to Alaska, every one of them would ask if we were going on a cruise. I guess that’s the most popular (and advertised) way of seeing this part of the country. But we decided to not go that route. We booked a package through Alaska Heritage Tours that included traveling on the Alaska train and visiting several of the National Parks. These include two of the most popular parks of Kenai Fjords National Park as well as Denali National Park.

Arriving in Anchorage mid-afternoon allowed us time to get checked into our hotel and do a walking tour of downtown Anchorage. And when it came time to eat, we found a place called Humpy’s which seemed like it was a local hangout and not some touristy restaurant. Just the kind of place we like to visit. We were lucky and the weather was perfect, so we ate out on their back open air patio.

At Humpy’s Alehouse we had to try some locally brewed beers and Julie and I sure enjoyed them after our long day of travel. I’m trying to remember, but I think the food was pretty good here also! 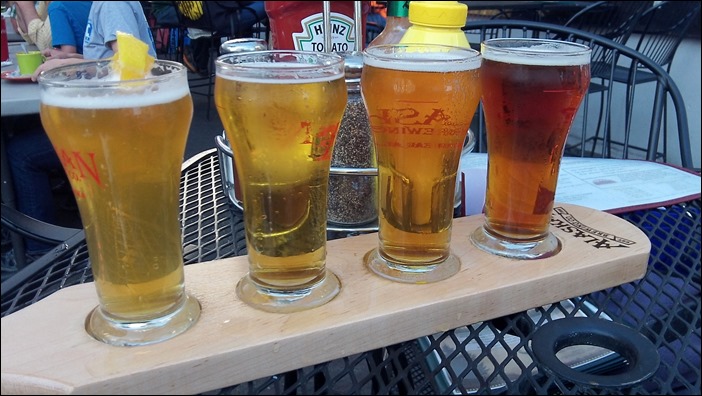 Since we were traveling on the railroad the next day, we wanted to find the train station. We found this location easily and continued our walking tour. 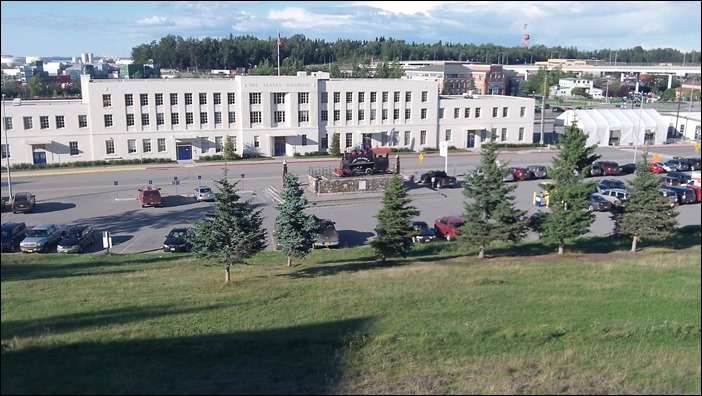 Behind the rail station was a river named Ship Creek that flowed through Anchorage and eventually empties into Turnagain Arm. There were many locals fishing this creek hoping to catch some of the salmon making their run up stream. I wouldn’t call this combat fishing (which we’ve heard stories about), but there was definitely some competition going on. We watched for awhile from a bridge and would see some fisherman casting right in front of others or casting and purposely entangling someone else's fishing line. I guess they get a little testy when some other fisherman makes a move on their area. 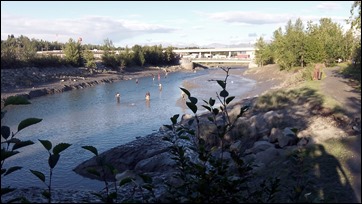 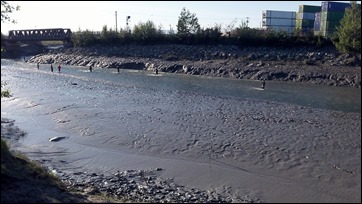 After walking around Anchorage for a few hours, and getting lost in a dead end at the rail yard, we made our way back to our hotel and called it a night. This was the view from downtown looking north. I was hoping one of these peaks was Denali/Mt McKinley, but I don’t think we were lucky enough to see that mountain. 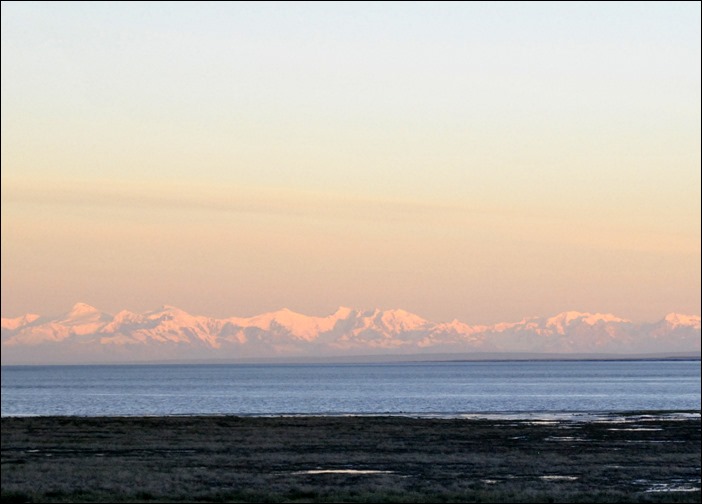 This link contains all the pictures of Anchorage.